I’ve always loved the idea of leafy bathrooms, and the trend of bringing plants into the bathroom is ever growing! Here’s a step by step guide for creating a bathroom vine feature in your bathroom. 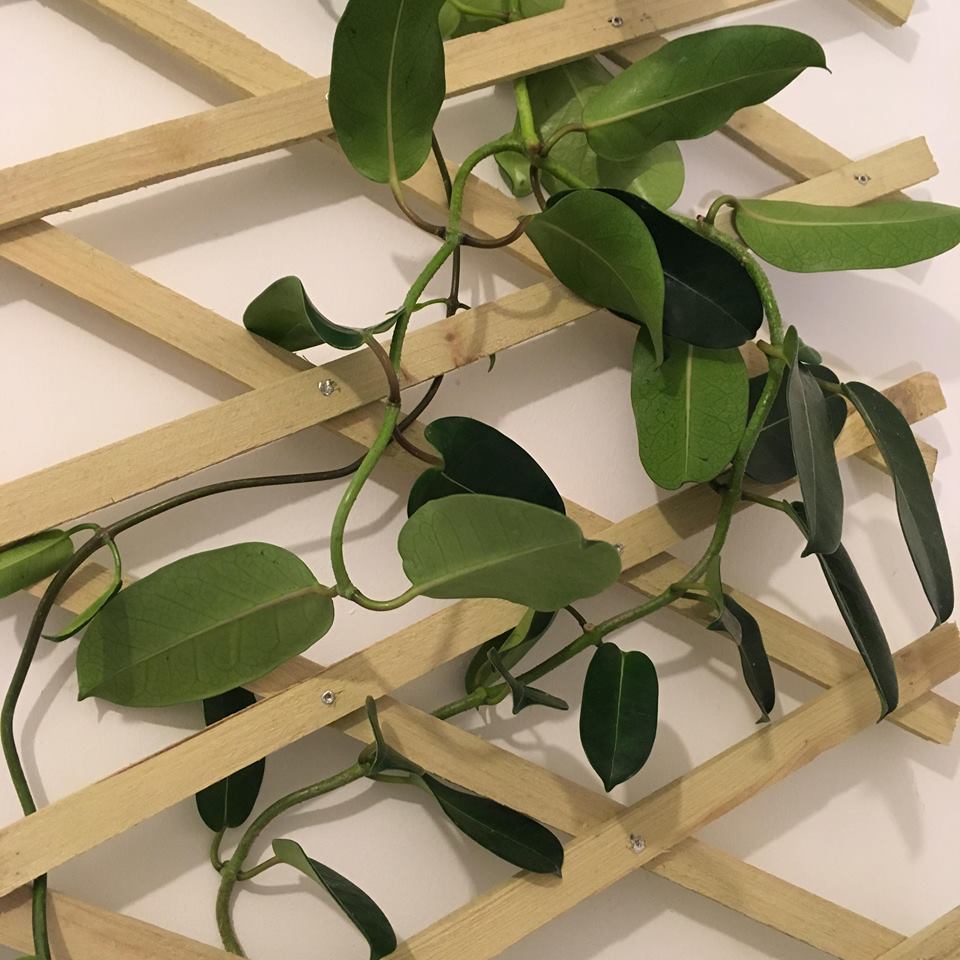 Why is the idea of injecting greenery into the bathroom so popular?

Well, firstly, it injects a bit of colour! Lots of bathrooms tend to don lighter colours, so adding some greenery quickly brightens up the palette.

Secondly, the bathroom is often treated as a place to unwind in the tub or shower after a stressful day, and natural schemes help to aid that relaxation. That’s why you see so many stone effect tiles used in bathrooms – they create a soothing, natural ambience.

So then, let’s start making that vine feature!

A vine plant from your local garden centre 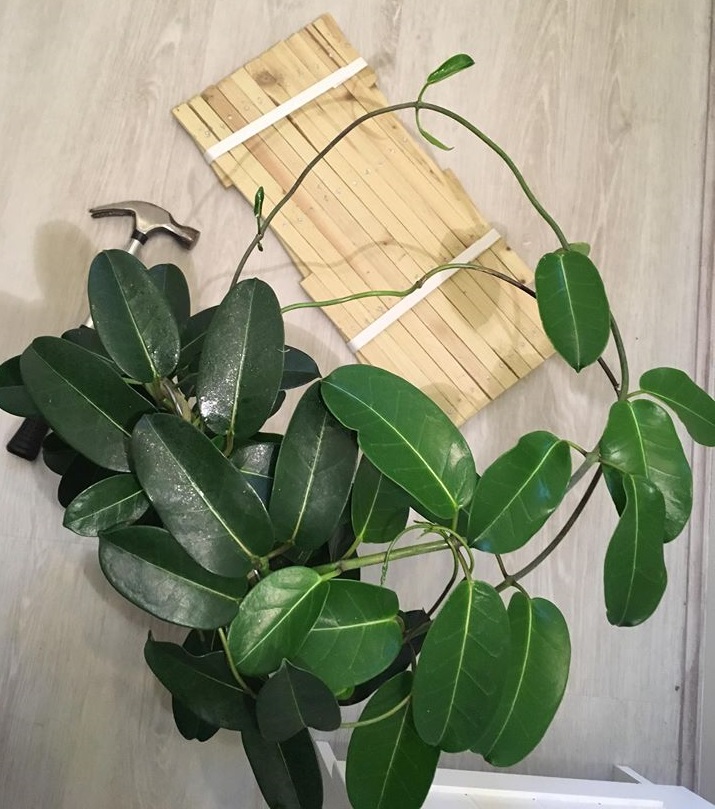 Firstly, you need to find the wall space in your bathroom where you’d like the vine feature to stand. Choose a plain wall area with plenty of light. Alternatively, if your bathroom doesn’t have much light, there are creepers that flourish in darker environments, such as Dragon Claw.

Note: You’ll need a surface beneath the trellis for the plant pot to sit – either a ledge, or a shelf, or even the floor! 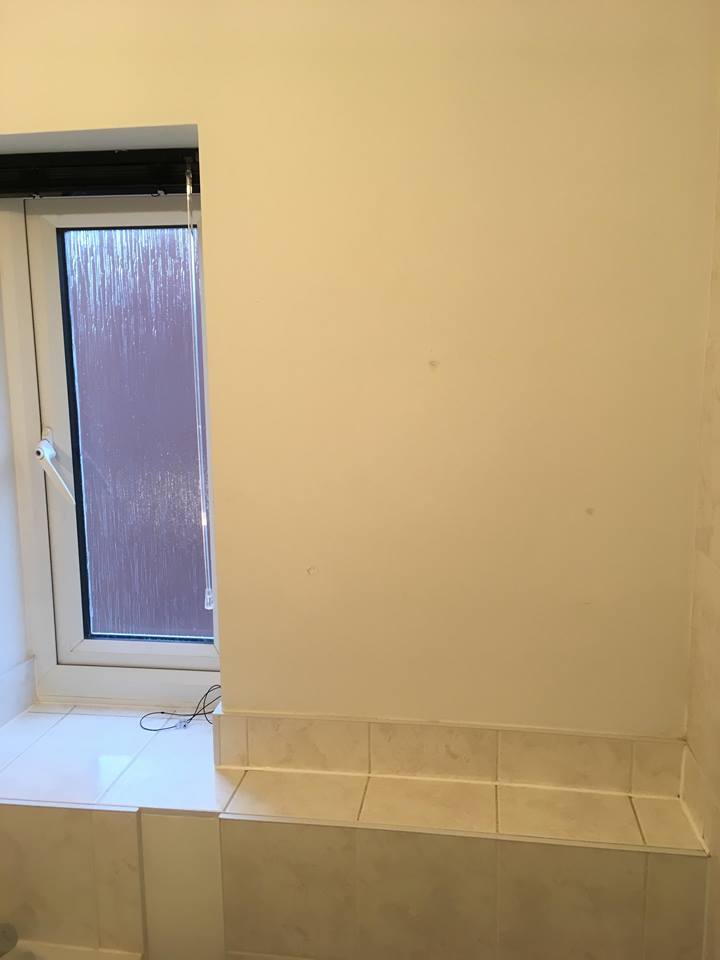 Step two: Mark where your wooden blocks will go

This job isn’t as simple as nailing the trellis to the wall – the vines, particularly if they’re of the thicker and sturdier variety, need a bit of room to wind and thread themselves through.

Therefore, we’re going to use wooden blocks to hold the trellis away from the wall. A thickness of around 1cm is perfectly acceptable. I actually used Jenga blocks from an old battered box.

This is where you helping hand may come in handy. Have them open up the trellis and spread it over the selected wall space. Then, take a pencil, and mark some lines on the wall, following the edges of the trellis slats, in a few spots up the wall. You’re marking where the blocks are going to go (the points that are going to hold your trellis to the wall) so you want to mark your marks in some strong locations – top, middle and bottom.

I used 4 blocks, but if you’re using a larger trellis, you may need more. 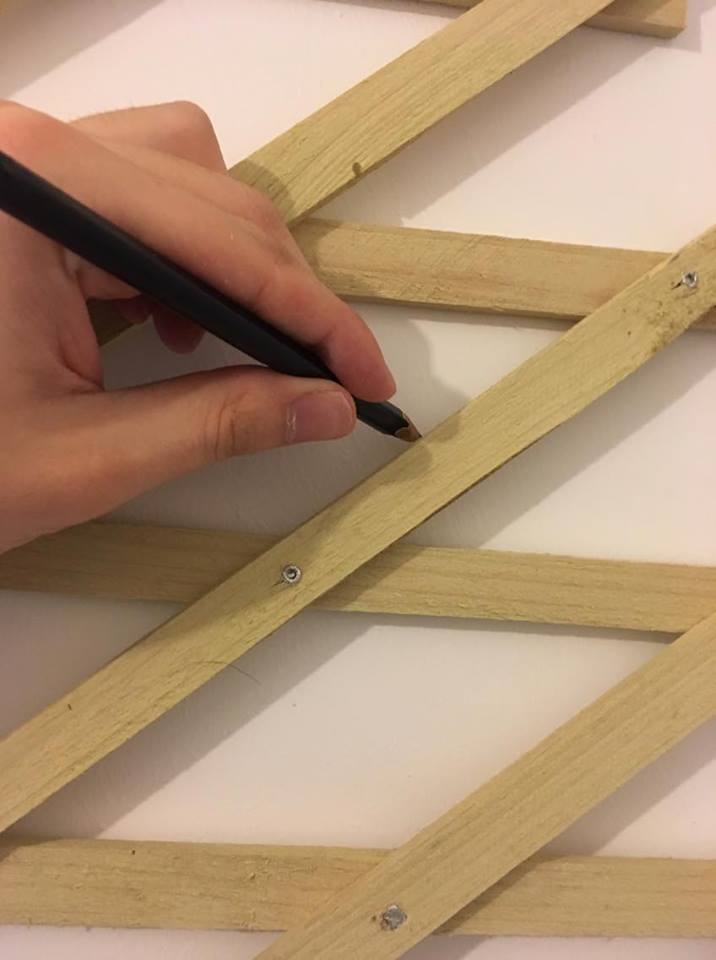 Once this is done, set the trellis aside. You should now see your marks in different places up the wall.

Now, take your wooden blocks, sit them so that they cover the marks (going in the same direction as the marks) and screw or fix them in place. If you’re screwing, be sure to use rawl plugs. 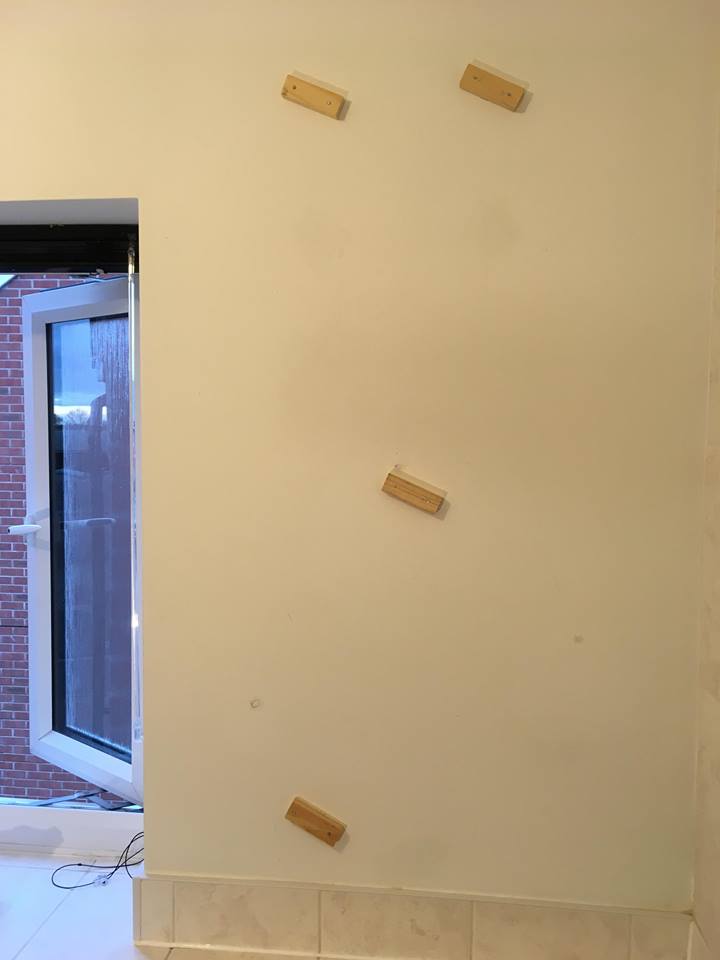 Once again, get your helper to hold the trellis in place on the wall again. Line up the correct slats with the blocks you’ve fixed to the wall, and nail the trellis into place! 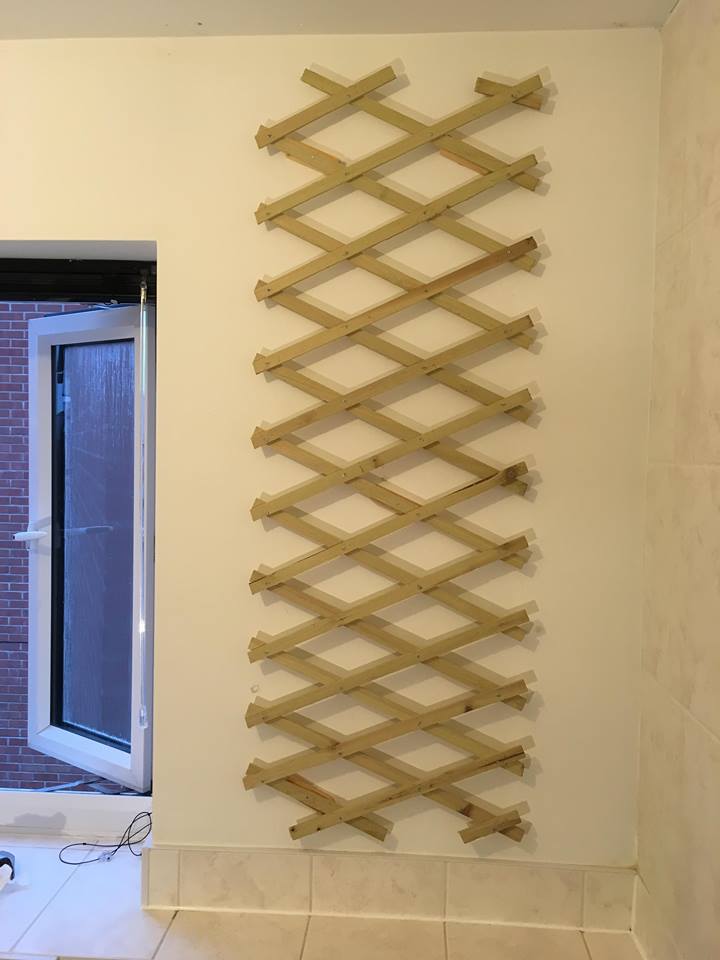 Now it’s time to add the main ingredient – the vine / creeper! This is the fun part.

It’ll likely be wrapped around a wire ring, if you’ve bought it from the garden centre. Unravel it, sit the pot on the ledge beneath your trellis, and wind it through! It’s up to you which path it takes, but try to cover as much as the trellis as possible.

Once done, stand back and admire your leafy new bathroom feature! 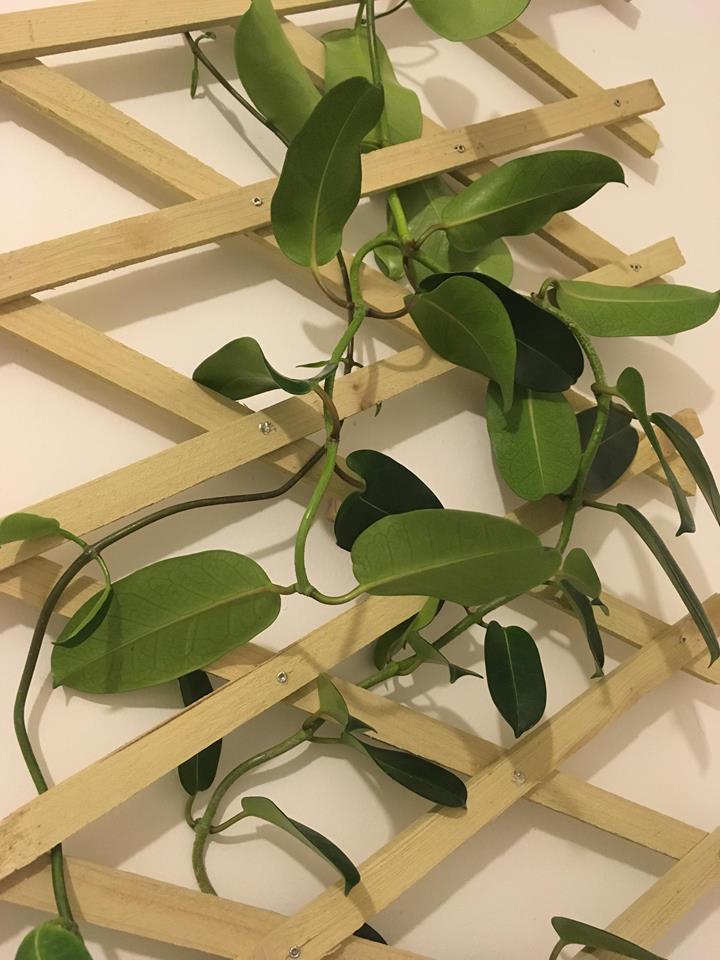 There you have it – a fab botanical wall feature for your bathroom!

How To Defrost A Freezer in Under 30 Minutes

How to Dig Up Grass

Why You Need An Amazon Echo in Heather Grey Fabric

How To Defrost A Freezer in Under 30 Minutes

How to Dig Up Grass

Why You Need An Amazon Echo in Heather Grey Fabric

7 Steps to Achieving the Bohemian Look